Will Mortgage Rates be Impacted by the Latest Fed Increase?

Last week the Federal Reserve raised short-term interest rates by a quarter of a percentage point. Under normal circumstances, this wouldn’t be remarkable, but the effects of the Great Recession are still evident here. After plummeting from just over 4% at the beginning of 2008 to nearly 0% by the end of the same year, interest rates hovered around zero until late 2015 when The Fed began a series of small increases. This most recent bump – only the third since 2015 – brings rates near 1%.

While still historically low, interest rate increases can be panic-inducing for homebuyers. They see mortgage rates increasing, along with their future monthly payments. For some buyers, a large bump could mean spending thousands more over the life of their loan. With The Fed signaling more rate increases are likely this year, what does that mean for mortgage rates in the near term?

Rates Rose Ahead of the Fed’s Announcement

It’s important to remember that The Fed doesn’t directly set mortgage rates. Instead they’re tied to the government’s 10-year Treasure note. In this most recent instance, rates were already rising in the wake of the election and in anticipation of this short-term interest rate increase. That means this most recent Fed increase likely won’t affect mortgage rates at all. In fact some market analysts believe any mortgage rate increases in 2017 could be the result of anticipated inflation rather than further Fed increases.

What’s more, short-term rates will remain low even with multiple increases throughout the year. So any increase in mortgage costs won’t have a tremendous impact on borrower’s bottom line. Analysts anticipate interest rates for a 30-year fixed will rise to the mid 4% range through this year’s peak buying season. Which are still very low, historically.

No Need to Panic

So in short, while interest rates are expected to rise over the coming year, it won’t cost the average homeowner considerably more to borrow. So you definitely shouldn’t panic every time you hear about an interest rate increase.

If you’d like more information on mortgages rates, you can contact us at (503) 495-3721 and we’ll put you in touch with one of our trusted lending partners. It’s still a great time to buy in Portland! 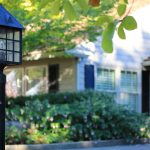 Portland’s Home Energy Score: What You Need to KnowIn the News 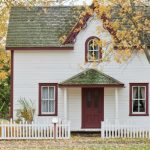 What’s In Store for the National Housing Market in 2018?In the News