Every year Money Magazine releases its assessment of the United State’s best places to live and this year, the Portland-Metro area was honored with not one but two spots on the coveted list. The Money editors named Beaverton as the ninth best small town and Portland as the sixth best large city. These local gems stood out in a crowded field as Beaverton was the only west coast city to make the top ten and only one of two northwest cities to make the top twenty, while Portland was the only large city west of the Rocky Mountains to be honored.

“When I graduated from the University of Oregon in the ’80s, my college counselor told me to leave the state because there were no jobs,” says Leslie Carlson, a partner with Brink Communications, a small firm that combines social activism and marketing. That’s not a problem today. Portland’s unemployment rate stands at 4.7%, and its 3.3% job-growth rate puts it in the top 10 of large U.S. cities. The arrival of technology companies including wind-power giant Vestas, home-sharing site Airbnb, and venture-backed Puppet Labs has earned treelined Portland the nickname “Silicon Forest.”

Value is #1 in Beaverton

For the Top 50 Small Cities list, Money used over 60 key factors like taxes, education, and health care to form their rankings. When it came to Beaverton, the editors were especially impressed by the value the city offered its residents:

“The median home price is $320,000, up about 11% from the year before. Property taxes are about 85% of what you’d pay in Portland. Another reason you’ll find extra money in your pocket: Oregon is one of only five states with no sales tax.”

Of course these listings are of no surprise to the locals who for years have enjoyed all the benefits this region has to offer, but it is nice to see it confirmed on a national level. If you’ve ever considered relocating to Beaverton or Portland and taking advantage of the superior quality of life these cities offer, give us a call at (503) 495-3721 or send us a message. We know this area inside and out and would love to share that experience with you. 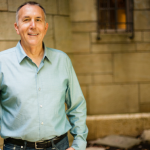